The Stupidity of Dispensationalism

Immutability is ascribed to Christ, and we remark that he was for evermore to his people what he now is, for he was the same yesterday. Distinctions have been drawn by certain exceedingly wise men (measured by their own estimate of themselves), between the people of God who lived before the coming of Christ, and those who lived afterwards. We have even heard it asserted that those who lived before the coming of Christ do not belong to the church of God! We never know what we shall hear next, and perhaps it is a mercy that these absurdities are revealed one at a time, in order that we may be able to endure their stupidity without dying of amazement. Why, every child of God in every place stands on the same footing; the Lord does not have some children best beloved, some second rate offspring, and others whom he hardly cares about. Those who saw Christ’s day before it came, had a great difference concerning what they knew, and perhaps in the same measure a difference concerning what they enjoyed while on earth in meditating upon Christ; but they were all washed in the same blood, all redeemed with the same ransom price, and made members of the same body. Israel in the covenant of grace is not natural Israel, but all believers in all ages. Before the first advent, all the types and shadows all pointed one way—they pointed to Christ, and to him all the saints looked with hope. Those who lived before Christ were not saved with a different salvation than what shall come to us. They exercised faith as we must; that faith struggled as ours struggles, and that faith obtained its reward as ours shall. Just as the reflection of man’s face to what he sees in a mirror so is the spiritual life of David to the spiritual life of the believer now. Take the book of Psalms in your hand, and forgetting for an instant that you have the representation of the life of one of the olden time, you might suppose—that David wrote only yesterday. Even in what he writes about Christ, he seems as though he lived after Christ instead of before, and both in what he sees of himself and in what he sees of his Saviour, he appears to be rather a Christian writer than a Jew; I mean that living before Christ he has the same hopes and the same fears, the same joys and the same sorrows, there is the same estimate of his blessed Redeemer which you and I have in these times. Jesus was the same yesterday as an anointed Saviour to his people as he is today, and under him they received the same precious gifts. If the goodly fellowship of the prophets could be here today, they would all testify to you that he was the same in every office in their times as he is in our days.

Charles Spurgeon clearly had an introduction to the tenets of Dispensationalism, and he addressed their teachings, their doctrines, as "absurdities" and "stupidity." Rightly so. The two underlined paragraphs above clearly destroy the beliefs of Dispensationalism where they see two distinct peoples of God, two different plans of salvation. The Bible teaches no such thing. Every page of Scripture contradicts and condemns such a false belief. Old Testament saints and New Testament saints belong to one and the same body—the church. Israel in the wilderness is even referred to as "the church in the wilderness," using the Greek word, ekklesia. The Septuagint, the Greek translation of the Hebrew manuscripts, uses the word ekklesia to refer to the congregation of Israel. They looked forward to Jesus, whereas we look backward to Jesus. They were Christians every bit as much as we are today. And according to Romans 2:28-29 and 9:6-8, we are every bit as much Jews as they were then (see Rom. 2:14-16, 25-29).

Dispensationalists teach a returning to the old system. They teach a returning to the Old Covenant. Not even God Himself can return to what once was. The New Covenant has been established. You cannot go back! Read the book of Hebrews and see how Jesus was better than everything before. Jesus is the fulfillment of everything before. Israel is and was nothing. Israel was meant to be the salt and light before other nations. But "if even salt has become tasteless, with what will it be seasoned?" (Luke 14:34). Salt that has lost its saltiness cannot be salted again.

The Old Testament prophesied of the Gentile inclusion. In John 10, Jesus says, "I have other sheep, which are not of this fold; I must bring them also, and they will hear My voice; and they will become one flock with one shephard" (v. 16). In Romans 11, Paul reveals the Gentile inclusion. He separates national Israel into two groups: believing and unbelieving. He then says that believing Gentiles are grafted into and in with believing Jews. What does that make them? True Israel. Spiritual Israel. Even Ephesians 2:11-22 destroys the Dispensationalist's absurd stupidity of two peoples of God. Dispensationalists do not read their Bible, let alone reading or interpreting it "literally." Dispensationalists look at the Bible in the exact same manner that the Jehovah's Witnesses do—randomly isolated, selectively cited passages attempted to be united through collapsing context. 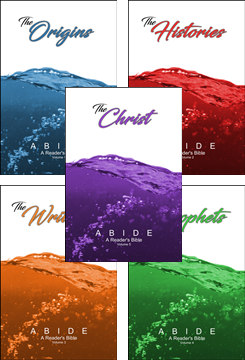